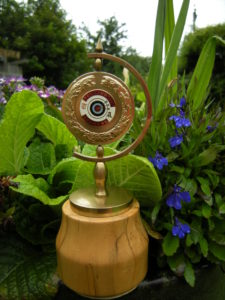 Members of St Kingsmark’s “Team Longbow” ventured out to the Tockington Open on Sunday 26th June 2016 and came back with a few Gwent records and the longbow trophy for the highest score.

John Schurer shot the Gents Longbow Hereford round, came first with a score of 360, gained a new Gwent record and won the “Longbow Trophy – Highest Score”.